What To Do Now?

'Now There's No Room' is written, recorded and released (and available here).  I had lots of things I wanted to say, and I got it all off my chest, so the question arises, what to write about now?

I've decided to get right away from the political stuff and write some pieces based on a novel that I've loved since I first read it at age eighteen.  It is, I suppose, science fiction, but not in the 'cowboys and Indians in space' genre by any means.

The Gameplayers of Zan by M.A. Foster is an obscure novel. I've never met anyone else who's read it. I may explain some parts of the plot as each piece of music is completed, but here I'll just say that two major things have appealed to me.

The first is that it's modelled after a Greek tragedy; the 'good guys' do succeed eventually in their endeavours, but at great cost to themselves.  It's intensely bitter-sweet.  The second only occurred to me recently, and it's that three of the four main protagonists are female.  They are strong not only in the way they're written, but in their characters.  That's refreshing - especially in the realm of science fiction, and laudable given the novel's publication date of 1977. 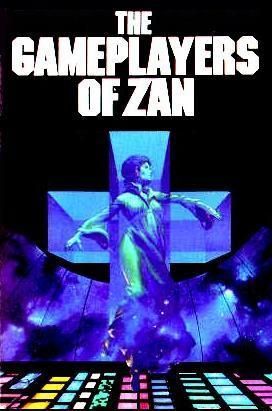 For more information about this unknown, but worthy classic, click here.