A while back, on the peer at Santa Monica, I saw the most useless puppeteer ever. I felt sorry for the marionette being dragged around, getting his legs tangled up. He and the puppeteer weren't making much of an impact, (except to make me laugh behind my hand).

Some time later, I saw a video on You Tube taken back when the Occupy movement was protesting all around the world. The viewpoint was from the third or fourth floor of a building in the fancy district of some western city. The street below was brimming with Occupy protesters marching past. Then the camera panned up to show a group of toffs on a balcony dressed for a ball. They were obviously highly amused by all the proles below.

It's an old cliché, comparing a person or a group of people to puppets. But the two images stuck in my head and demanded to be made into a song.

We do have the power to make changes for the good in this world. The Occupy movement was stamped out, but that doesn't have to happen. Perhaps the #MeToo movement will have more success? 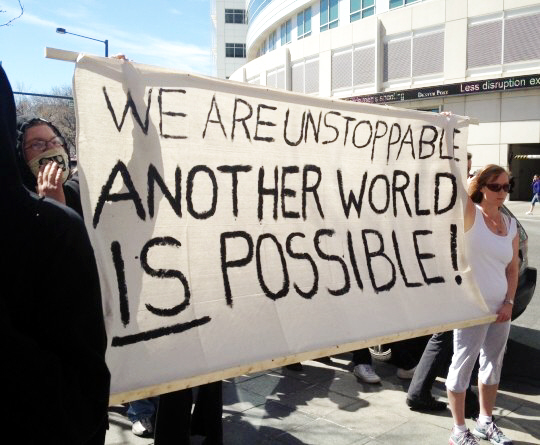