Children being born today will inherit a very different planet from the one we have known throughout history.  The way things are going, the change they will see in their lifetimes won't be intelligently managed or even curtailed.  It will be catastrophic.  Catastrophic to people, but also to most other living things.  Which also means catastrophic to people.

We don't seem to be capable of averting this, and I started wondering what evidence would be left of us in some distant future time.  What would be left to show of our self-important species?  No wood that we've used, no concrete. Even plastics won't last.  Cut diamonds would still be around, but they would be hard to find.  Some radioactive elements where power stations and missile silos once were might still be detectable, but again only in specific locations.

The asteroid that killed all the non-avian dinosaurs left a tell-tale trace of iridium in a specific geological layer around the entire planet. Is there an equivalent that would be a ubiquitous tell-tale of human civilisation?

One thing that will survive us will be those little space probes launched in the 1970s - Voyagers 1 and 2.  They will continue on their outward flights indefinitely, with nothing to destroy or even weather them very much.  What if some space-faring aliens stumble across one of these probes one day?  That's where The Last Song begins. 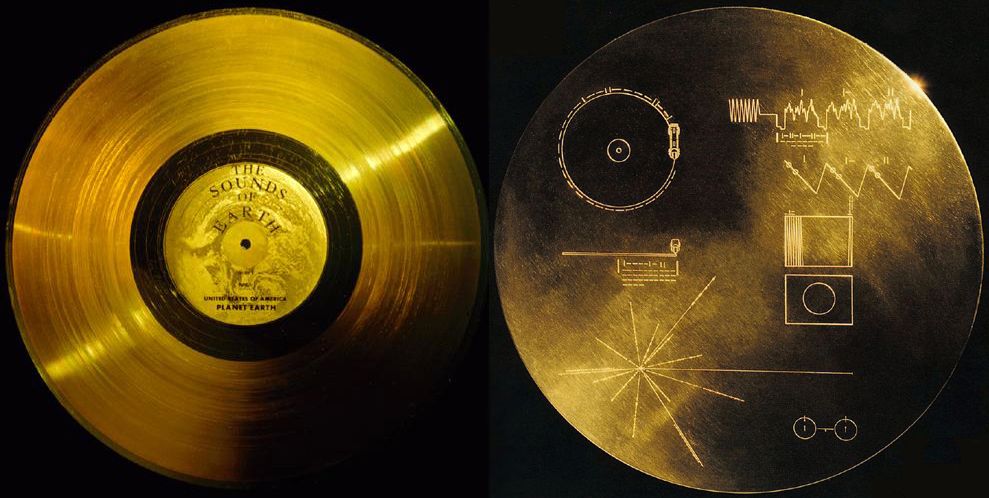